In the last ten years, it is fair to say that the online casino world has exploded. Each year, the online gambling industry rakes in tens of billions of dollars. When you take a closer look at online casino numbers, it is very clear to see that slot machines are the most popular games and that these are what bring in most of the money. Below we will take a closer look at how online slot machines are built.

For many people, a slot machine might look relatively simple. However, we can assure you that this is definitely not the case. The best online slot games out there can take over a year to come together. We are talking from the moment a developer jots down an idea to the moment the slot game is deployed at various casinos.

There will usually be about twelve people that are involved in the slot-making process. This includes the likes of a game designer, a server developer, a mathematician, one to three front-end developers, a project manager, a game tester, one or two creative people, and a configurator. Furthermore, depending on the type of slot game, special graphic design artists might also be added to the team.

While each slot game that is produced is different, slot development teams can often make use of an already existing framework, which helps to make the work a bit easier. This framework ensures that teams do not need to reinvent the wheel every single time they are working on producing a new game.

The first step when creating a game is to have a meeting between particular members of the group so that they can discuss the concept of the game and agree whether it is something that will work. The meeting should involve the marketing people, product manager, creative team, and the development team.

Once the brainstorming is over and a direction have been chosen, marketing demographics and stats are looked at in order to create a number of different paths that can be taken. Once the concept has become a concrete idea, it is handed over to creative and product teams. These teams will then have a look at similar slot games that already exist. Once they have done this, their next aim is to present something that is unique and will still attract players.

For example, if a company such as Microgaming or Playtech was creating a slot game that featured well-known landmarks from all over the world, their team would first check to see if any similar games existed. If they found a few slot games that used medieval and ancient landmarks such as Rome’s Colosseum or Egypt’s pyramids, they will probably decide to choose other traditional structures such as the Empire State Building in New York or the Eiffel Tower on Paris.

Once the theme has been determined, the creative and product teams will then have to decide on the mood of the slot. Is it better to have real photographs or will cartoon caricatures make it more fun? What bonus games will there be and how can they be created in such a way that they still reflect the mood and theme? At the end of the day, their main job is to make sure that they come up with a gaming experience that everyone who tries the slot will enjoy.

Players Decide Whether It is a Success or Not

Online slot games are always being created, with design teams hoping that each new slot will entertain players and keep them coming back for more. However, when the slot game is finally released to the public, the design team has to keep up with technological changes, meaning they will have to make occasional tweaks to the slot.

The success of an online slot game is measured by a number of different things. This includes the money that it generates, how popular it is, and how long players play it for before they stop and move on to another machine. When you are building a new online slot, you can have all of the data that the world has to offer, but this does still not guarantee that at the end of it you will have a slot game that is a huge hit. Since we all like different things, there really is no way to tell whether a slot is going to be a hit or a miss until it has been available to the public for a number of months. A slot that has a good chance of being a big hit will have a good return to player rate and a great set of bonus features. To add to this, it should have great music and great graphics.

Decide on What Variance to Use

The design team will also have to decide what type of variance the slot game is going to have. Each variance caters to specific types of players, which means that slot developers have to keep in mind who they want to attract when they are making a new online slot game. There are three different types of variance that they can choose from and we shall now take a closer look at them.

With a slot machine that has a low variance, you will be able to pick up lots of regular wins, but those really big wins will be quite hard to come by. If you happen to be a slot player that is always on the lookout for a big win, then you are probably not going to enjoy playing slots that have a low variance. 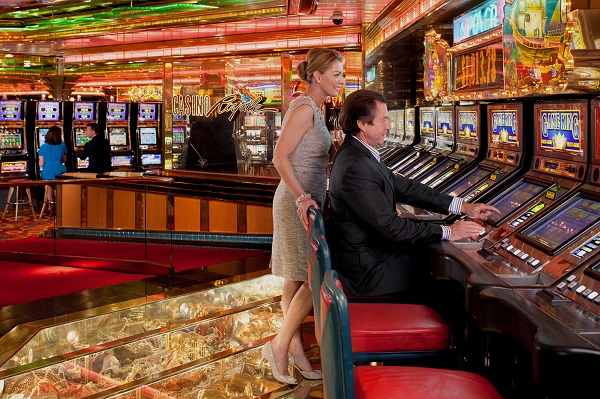 Many slot games that you come across in the world of online casinos will have a medium variance. With this type of variance, you can get regular small wins as well as regular large wins. While you can win more money with these types of slot machines when compared to slots with a low variance, you can also lose your bankroll a lot quicker if luck is not on your side.

When a slot game has a high variance, it means that you will not come across regular small wins, but when you are lucky enough to pick up a win it will be a decent sized one. With this type of variant, there is the possibility of going quite a number of spins without picking up a single win. If you are the type of player that likes to win money regularly, even if it is just a small amount, then it is safe to say that a high variance slot is not exactly what you are looking for.

Before you read this article, there was a good possibility that you thought that slot games were pretty easy to make. That is fine, we are honestly not judging as we used to think the same before we learnt the errors of our ways. Hopefully now though, you will have a better understanding as to how much hard work goes into making a slot game.